Home › Forums › Diagnosing Raynaud’s › Maybe have Raynaud's? No diagnosis yet. 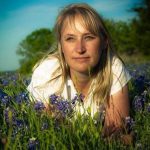