We came across an article in the New York Times titled Why Fidgeting Is Good Medicine, and found it may have some useful information to help Raynaud’s sufferers who sit for hours at their desks each day.

The article explores the health consequences of sitting, and quotes studies that indicate that uninterrupted sitting can result in significantly reduced blood flow to the legs (get the connection for us Frosties?).  Then it’s a chain reaction, where the reduced blood flow means less friction in the walls of the blood vessels, and that can cause them to release proteins that then work to narrow and harden the arteries.  Once the blood starts flowing again, the arteries remain stiff, and – at the extreme – can contribute to increased risk for atherosclerosis.

The easy solution is to periodically stand and move around, but we can’t all do that in the middle of a long meeting or on a cross-country flight.  So doctors at the University of Missouri explored the benefits of fidgeting.  Volunteers were asked to sit for three hours and hold one leg steady, while they fidgeted with the other leg one out of every five minutes.  The resulting blood flow was monitored in each leg.

As expected, the blood flow in the steady leg declined, but what was a surprise was that the health of the blood flow in that leg was lower than at the start of the test – the three-hour period of inactivity had a marked impact on participants’ arteries ability to respond to changes in blood pressure.  However, the artery in the legs that were fidgeting remained as responsive or better among the testers – much more than expected.

In conclusion, Dr. Jaume Padilla, who led the study, is quoted as saying, “The muscular contractions associated with fidgeting are really quite small, but it appears that they are sufficient to combat some of the unhealthy consequences of sitting.”  While the negative impact of a short session will likely soon disappear, he states that the impact of repeated stillness over time could become permanent.

So while sitting doesn’t cause Raynaud’s attacks, anything that can increase the circulation to the extremities of a Raynaud’s sufferer is worthy of attention.  A little fidgeting at the office, during long trips, or while sitting in doctors’ waiting rooms could be good medicine!

Here’s the full article in the New York Times:  Why Fidgeting Is Good Medicine

I have enjoyed belonging to the group (the Forum) and participating in it. Thanks for a wonderful site. by L.D. (GA)

Thanks for a Wonderful Site

Just wanna say I love your site because it helped me learn more about Raynaud’s…thought I was alone until I found you all…getting to read what others do for it helps a lot…thank you for your association 🙂 by C.U. (KY)

Thank you so much for having your Facebook page. It’s comforting to know that people understand the pain. That we are not alone. by L.M. (Facebook Fan)

Comforting to Know We Are Not Alone

I stumbled across this website because I have a research paper I am doing on Raynaud’s…and seemed to have found a place to call my own! by E.P. (UK)

Found a Place to Call My Own!

I was recently diagnosed with Raynaud’s, and I have found it to be a blessing to have found this Facebook page.  I now don’t feel as alone, and it has really helped me to understand the disease. by T.E. (Facebook Fan)

Appreciate All the Helpful Information 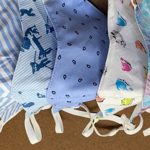 Our Hot Products for Summer 2020 feature items from our Sponsors helping us stay safe and well during these challenging times. 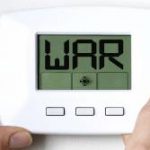 The thermostat battle continues: Why are women colder than men? An issue close to the hearts of many people with Raynaud’s who freeze in air conditioning. 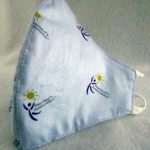 Raynaud’s Logo NoVirGuard™ Masks offer a unique combination of protection and comfort not available in disposable or cloth masks found anywhere else.