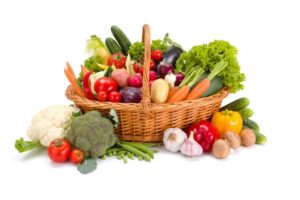 The recommendations that I offer are related to two of the mitigating factors that affect Raynaud’s.  First, there is the vasospastic nature of the disease, in which the blood vessels of the extremities constrict.  This causes diminished circulation which then leads to temperature and skin (color) changes.  Second, there is the stress-related nature of the disease which can serve to trigger symptoms.

Regarding nutrition’s effect on Raynaud’s disease, there are a number of nutritional recommendations which could prove to be beneficial. Some are simple omissions of foods and beverages which can adversely affect the system.  Some are vitamin related.  As always, it is wise to make your physician aware of any supplements you are taking.

It is a given that smoking should be avoided due to its vaso-restrictive properties.  Additionally, caffeine-containing products such as coffee, certain soft drinks and chocolate also affect blood vessel constriction, and should be avoided.

It is my opinion that autoimmune diseases are often affected by the foods we eat.  In the case of rheumatoid arthritis, for example, fasting has shown to provide symptom relief.  There very well may be food sensitivities or allergies which contribute to the symptoms of Raynaud’s as well.  The only way to discover this is to try eliminating certain food groups from the diet and then adding them back in on a rotating basis, while noting the effects.  Common foods which cause sensitivities are dairy, chocolate and wheat. A particular food group should be avoided for a week or two, with any changes in well-being noted.   When the food is added back, again note the results.  If a negative response is triggered, eliminate the suspected food source once again and re-test a few weeks later.  Often, if there is a sensitivity, the reaction could occur in as little as a few hours after ingestion of the food.

Another aspect of foods to consider are the warming properties a particular food may provide.  Herbs and spices such as cinnamon, cayenne and mustard provide overall warmth to the body.  Raw foods, although seemingly cool, require the body to work harder at digestion and therefore generate more heat in the body.  Exercise, naturally, is great for circulation and for keeping the body warm.

Regarding supplements, there have been studies which indicate that certain of these may prove to be helpful in the treatment of Raynaud’s symptoms, but more trials are needed before drawing definitive conclusions.  Some results indicate what is referred to as a “delay in onset,” as opposed to a difference in “peak pain.”  This means that when a reaction is forced, such as by immersing a subject’s hand in cold water, it takes a greater length of time for a reaction to occur (although when the reaction does occur, the level of pain is still pronounced).  Double-blind, placebo-controlled studies have been conducted to determine the effects of ginkgo biloba, fish oil, evening primrose oil and vitamin E supplements, to name a few.  While the effects of the herb gingko biloba were only marginal in regard to the number of attacks in a day, the effects of fish oil have fared better and, as such, might be considered as part of a daily regimen.  Keep in mind that sample sizes for these studies – and others referenced below – have been limited, so even promising results in the treatment groups have not to date been statistically significant.

While the medical community alerts us to the limitations in interpreting past studies on supplements, several offer directional promise.  For example, in double-blind, placebo-controlled testing of Omega-3 fatty acids in the form of fish oil (EPA and DHA) supplementation, researchers concluded “…that the ingestion of fish oil improves tolerance to cold exposure and delays the onset of vasospasm in patients with primary, but not secondary, Raynaud’s phenomenon.”  (http://www.amjmed.com/article/0002-9343(89)90261-1/abstract).  While the study indicated large dosages for testing purposes, (DHA at 2.64 g, and EPA at 3.96 g,), the effects appeared to be cumulative.

Therefore, in addition to a well-balanced diet, exercise and the elimination of toxins such as cigarettes and caffeine, the following supplement program is advised:

Vitamin B complex – the “anti-stress” vitamin group, this supplement contains inositol (also known as vitamin B8) and niacin (vitamin B3), — both of which have shown promising therapeutic effects in studies.  Indeed, the Mayo Clinic noted that niacin acts as an arterial dilator, aiding in circulation.

Omega 3 Fatty Acids – in the form of fish oil.  Fisol , widely available enteric-coated tablets, are dissolved and absorbed in the small intestine, as opposed to the stomach.  This eliminates any fishy after-taste sometimes associated with fish oil supplements.

Calcium and Magnesium – these minerals, which must be taken in unison to ensure proper balance in the body, are calming to the nervous system, aiding in the reduction of stress.

Vitamin E – in the form of alpha-tocopheryl nicotinate.  It is important to buy vitamin E that is labeled “D,” as this is the natural form and is far more effective than the synthetic form (labeled “D,L”).  This is good for improving circulation, and may also be used topically.

Editor’s Note:  The body of knowledge on nutrition’s effect on Raynaud’s Disease is limited.   We advocate the need for better quality, more consistent study methodologies on nutritional supplements and dietary options that could help Raynaud’s patients better control their attack frequency and severity. Please speak with your doctor before trying any of the above dietary approaches.