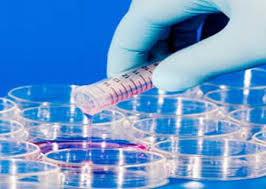 Several years ago we reported some promising research at Ohio State studying alpha-2C receptors found on the surface of the cells in our blood vessels as a clue to finding preventative treatments for Raynaud’s sufferers.  That research goes back about ten years ago, and we’ve heard nothing since – until now!

“The alpha-2C receptors had been identified many years ago, but the exact function of this alpha-2C subtype in blood vessels was very intriguing to me,” Chotani said. “Early observations showed the alpha2C to be inside the cell and not on the cell surface like other receptors in the same family. The general belief [had been] that the receptor doesn’t do anything in blood vessels — it was like a vestigial, or like a silent receptor.”

Not so, the new study found.

“The alpha-2C receptor has a specialized role; in fact, we believe it is a stress-responsive receptor and in this case it’s actually conserving body heat,” he said. “So we know how the receptor is regulated in health. In disease — like Raynaud’s — there could be a dysfunction, there could be overactivity of the new players we have identified in this study.”

While there’s still much more research work to be done, there’s hope that drugs targeting these alpha-2C receptors could open up new treatment options for Frosties.  Click here for the full article.

People like me are more informed and perhaps even healthier and happier thanks to your efforts. by N.G. (CA)

You people are doing excellent work.  I was so worried about myself, went to so many doctors.  Today I search your site and came to know what it is. by M.N. (Facebook Fan)

You People Are Doing Excellent Work

The Raynaud’s Association is, without a doubt, the best source of information for anyone with Raynaud’s. They are always sharing the latest medical information, information about products & tips to help Raynaud’s sufferers. I have found out more helpful information from them than I have from my doctor. by J.W. (Canada)

Best Source of Information for Anyone With Raynaud's

Thank you so much for such an informative site. I really feel you have helped me not only understand the disease, but how to deal with it effectively. by L.W. (MD)

Thank You So Much

I have Raynaud’s Syndrome and I find the reports of great interest. I have forwarded info on to others who have this illness. by K.C. (AZ)

Find the Reports of Great Interest

…my fingers kept “bruising,” yesterday I took in pictures to my new doctor after trying to explain it on my last visit, he said you have Raynaud’s…Thank you for being here 🙂 by W.K. (Facebook Fan)

Thank You for Being Here :-)

Thank you for this page— and the awareness it brings! By Chris (Instagram Follower)

Thanks for Building Awareness!

The Raynaud’s Association has helped me significantly providing info on warming products and medications, and most importantly making me feel less alone. Also helped me with explaining it to people who don’t experience the disease themselves.  I am very appreciative of everything they have provided over the years. by K. M.

Thank God I came to know what is my problem.  You have an excellent page. by M.N. (Facebook Fan)

You Have an Excellent Page
Tweets by @raynaudsorg