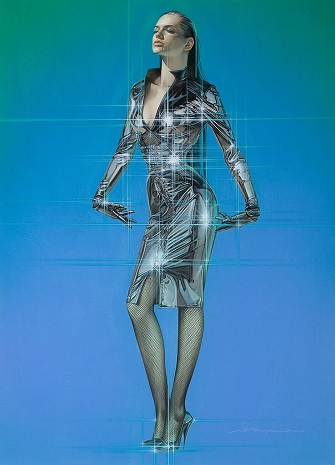 We’ve tested socks and gloves in the past that have silver content, and learned that silver has some redeeming properties for Raynaud’s sufferers:  First, it works to reflect body heat, and second, it helps regulate and even out the temperature in the areas exposed to fabric containing silver content.

Recently we found an article on a news site called OZY that reports engineers at Stanford University have been working on techniques to coat clothing in silver nanowire for improved insulation and  heat generation – great news for us Frosties!

The research was initiated for a higher purpose:  According to the article, “…nearly half of the world’s energy consumption goes toward heating buildings — which contributes to up to a third of global greenhouse gas emissions.”  Most efforts to date have focused on better insulation for buildings to reduce the climate impact, but the team at Stanford took a different approach:  Do a better job of keeping the people warm inside the buildings.

Silver was selected not only for its ability to reflect body heat, but also because of its conductivity:  Silver has the highest conductivity of any metal.  And since silver can conduct electricity, a mini battery could deliver a low-voltage current to heat up the material for extra warmth.   This is the reason the team at Soletics is using a silver-coated conductive fabric in their heated glove product that we’ve reported on in earlier posts.

The fabric being developed by Stanford uses a thin coating of silver on thin nanowires that still let sweat escape (like we’re worried about overheating?) and won’t come off in the wash.  Thin layers are also important for holding down incremental costs.  Current projections estimate that the silver layer will add another $10 to the cost of each apparel item.

While the average person may need an incentive to keep their hands off the thermostat and pay a little extra for silver-insulated clothing,  Raynaud’s sufferers will likely be first in line!