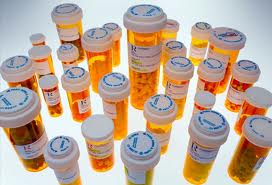 For those not familiar with the term, an off-label drug is one that is approved by the FDA for one medical condition, but is prescribed by a doctor to treat a patient with a different medical ailment.  This practice is legal and very important to Raynaud’s sufferers because there are currently no FDA-approved drugs for treating Raynaud’s – all medications prescribed for Raynaud’s patients are clinically proven to help the condition, but are used off-label.

The most commonly prescribed drugs for Raynaud’s are in the category of calcium channel blockers.  These medications are FDA-approved for people with hypertension to lower blood pressure, but work for Frosties because they help open the blood vessels to improve blood flow.  More recently, the drugs approved to treat ED (brand names Viagra®, Cialis®) are proving effective in treating patients with severe Raynaud’s attacks.  They were later FDA-approved for treating pulmonary hypertension, we’ll come back to that in a minute…

Off-label drugs present two issues important to Raynaud’s sufferers:  First, insurance companies have the right to refuse coverage for off-label usage.  They generally approve claims to use calcium channel blockers for Raynaud’s because they aren’t that expensive by drug standards.  But ED drugs are a different issue because these medications are pretty pricey.   Even armed with results of several clinical studies from around the world, well-respected doctors, including those on our Medical Advisory Board, experience great difficulty in getting insurance coverage for Raynaud’s patients who could benefit from these drugs.  However, if you have Raynaud’s and also suffer from pulmonary hypertension, you probably will be able to get insurance coverage for the drugs.  Since the ED drugs have been FDA-approved for this condition, a doctor can prescribe these drugs for Raynaud’s under the guise of helping to treat a patient’s pulmonary condition (that’s how a friend’s 93-year old mother gets covered on Viagra®).

Because of the hurdles associated with gaining coverage for ED drugs, The Raynaud’s Association sent letters to several insurance companies requesting that they reconsider their policy on approving claims for severe Raynaud’s sufferers.  We offered to share significant clinical information to support the  effectiveness of these medications in treating the condition.  The only company that responded was Blue Cross Blue Shield.  The insurance company told us they don’t even review or maintain information on off-label drugs, so it’s a moot point.  We’d have to first tackle their policy on not giving any attention to information on off-label drugs before any single drug in the category could even be considered (good luck with that one!).

The second issue associated with off-label drugs is that pharmaceutical companies aren’t allowed to promote them for non-FDA-approved uses.  That prohibition includes supporting organizations like ours that serve the Raynaud’s community, as the FDA considers such donations “marketing funds.”  So even though Pfizer manufactures the calcium channel blocker Procardia® (generic nifedipine), the most commonly prescribed drug for Raynaud’s patients, it would be illegal for the company to support our cause.   And since there are currently no FDA-approved drugs on the market for Raynaud’s, it means our organization can not obtain the same level of support from the pharmaceutical community received by other disease-specific healthcare non-profits (hence we’re largely dependent on individual donations).

This second issue is the focus of the Wall Street Journal’s article.   There have now been two cases where manufacturers have been allowed to promote drugs for off-label usage.  The first case was the result of a Federal Appeals Court ruling that overturned an earlier conviction of a pharmaceutical salesman promoting a drug called Xyrem as a treatment for fibromyalgia and insomnia when it was originally cleared by the FDA specifically for treating narcolepsy.  The case was won on the grounds of the First Amendment stating that companies and their sales representatives have the right of free speech to promote “the lawful, off-label use of an FDA-approved drug.”  The FDA did not at the time see this case as a setback on its ability to restrict the promotion of off-label drugs, and didn’t appeal.

More recent news is a second case that involved the drug Vascepa.  It was approved for patients with severely elevated triglyceride levels of greater than 500 mg per deciliter (no idea what that means!).  The manufacturer Amarin was sharing published papers with results of several clinical studies that confirmed the drug’s effectiveness for reducing triglyceride in patients with lower than the approved levels (above 200 mg), which crossed the line.  The case resulted in the FDA settling with the drug company.

With two cases overruling the FDA’s ban on promoting off-label drugs, it brings to question what the future will be on these restrictions.  One potential outcome proposed in the article would be for the FDA to totally outlaw off-label drug use – a disastrous situation for Frosties.  But that’s not likely, as the stats overwhelmingly show that the off-label use of drugs across many ailments, including cancer, cardiac disease and seizures, is significant, even for pediatric patients.

What Dr. Gulfo proposes as a solution is that the FDA should permit the sharing of clinical information that meets the standard of “competent and reliable scientific evidence” – a somewhat lower standard than the “substantial evidence” required for full approval.  The claims used by drug companies in promotional material would need to align with their associated scientific evidence.  As part of the solution, a national database would be maintained recording the results of off-label clinical studies.  This resource would be of value to the medical community, and would help the FDA police claims made by pharmaceutical companies (not to mention it would keep insurance companies from claiming no access to this data as an excuse for refusing coverage).

Dr. Gulfo’s recommendation is rational and actionable, but will not likely to be put into practice any time soon; however, we wanted to bring this issue to your attention, as it could impact Frosties in the long-term.  Here’s a link to the full article “Ending the Prescribe-Don’t-Tell Charade for Off-Label Drugs.”