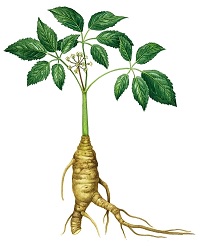 As we know, Raynaud’s phenomenon is a common and painful condition that results in varying degrees of ischemia, or lack of blood supply, in the fingers and/or toes. Raynaud’s often involves the immune system and always involves the autonomic nervous system. It is the involvement of the autonomic nervous system that results in the pain and color changes that everyone with Raynaud’s is familiar with.

When the autonomic nervous system is imbalanced, neurologic messages are sent to the capillaries in the fingers and/or toes resulting in vasoconstriction and lack of blood supply – resulting in pain, discoloration and deterioration of the tissues. Raynaud’s may be secondary to other autoimmune conditions, many of which I will explore in upcoming blogs, along with lifestyle and nutritional strategies that may help individuals with this condition.

Nutritional approaches to Raynaud’s should be based upon the individual. Although studies have shown benefit from the use of various foods and nutritional supplements, it is always best – and recommended – that you seek the help of a qualified clinical nutritionist with experience with Raynaud’s. The information in this blog is for educational purposes only and is not to be used as a substitute for sound medical or health advice.

In 2002, a 10-week study published in the journal Vascular Medicine showed that the use of pharmaceutical grade gingko biloba reduced the number of painful ischemic attacks in 22 Raynaud’s sufferers by 57% compared to 27% in the placebo group. (Vasc Med. 2002;7(4):265-7. The use of Ginkgo biloba in Raynaud’s disease: a double-blind placebo-controlled trial. Muir AH1, Robb R, McLaren M, Daly F, Belch JJ.).

Gingko is believed to work as an anti-inflammatory agent reducing vascular breakdown and also by promoting vasodilation and thus opening up blood vessels in the hands and feet. Someone on medication should not take gingko biloba until a clinical nutritionist determines that negative gingko-drug interactions do not exist. He or she will also determine the proper dosage, which is based on body weight and metabolic rate. Physicians generally are not trained in the use of herbs and may not be familiar with studies that indicate gingko biloba has shown benefit to humans in a wide variety of diseases and conditions.

In my own practice, I have found success using a combination of approaches including hyperbaric therapy, omega 3 fatty acids, boswellia, tumeric and various foods, and will explore these approaches in future blog posts. However, food and supplement suggestions should be based upon special nutritional lab testing to personalize all recommendations.

Editor’s Note: The Medical Advisory Board of the Raynaud’s Association notes that agents that indirectly cause vasodilation may be useful in patients with Raynaud’s phenomenon, but the most current peer-reviewed research does not show their use is superior to calcium channel blockers alone. Make your doctor aware if you are taking or planning to take such supplements, as they may interact adversely with other medications and/or have significant side effects such as GI upsets and bleeding.  Always consult with your physician.

Dr. Michael Wald, nicknamed “The Blood Detective,” has appeared on ABC World News Tonight with Diane Sawyer, CNN, The Food Network and other media outlets. He is a doctor of chiropractic and nutrition, and is a double board-certified dietician-nutritionist. He has published over a dozen books, including Frankenfoods – Genetically Modified Foods: Controversies, Lies & Your Health; Gluten-A-Holic: How to Live Gluten Free; and the Blood Detective’s Longevity Secrets. Dr. Wald can be reached at: www.intmedny.com or by calling: 914-242-8844 (Ext. 1).

I appreciate your website and organization as it is a great source of information as I try my best to manage my Raynaud’s. by N.Z. (Canada)

I have Raynaud’s Syndrome and I find the reports of great interest.  I have forwarded info on to others who have this illness. by K.C. (AZ)

I Find the Reports of Great Interest

A few years into retirement Raynaud’s began to appear and has gotten worse.  Found your site a great help. by J.R. (UK)

Found Your Site A Great Help

Thank You For Your Great Site!

Glad I found this page.  I live in the UK…My hubby and I are glad there is an Association out there where we can get information from. by J.H. (Facebook Fan)

Glad There is an Association

It helps to have someone listen to our stories and makes us feel that we are not alone. by S.P. (IN)

Helps to Have Someone Listen