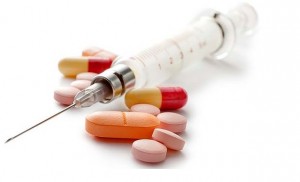 We’ve just seen two articles on newly-identified drugs that can result in Raynaud’s as a side effect of their usage.

Beta blocker drugs used to treat high blood pressure and heart ailments, and also contained in certain over-the-counter medications, have been known to aggravate Raynaud’s for many years.  We’ve also been aware that certain chemotherapy drugs (including cisplatin and bleomycin) can trigger Raynaud’s in patients.

In addition to the above, new drugs were identified through a systematic review of previously published articles and reference sources.  They include:

Raynaud’s can also result from exposure to toxic substances, interferons, as well as occupational and/or environmental triggers.

The study authors are quoted as saying “Raynaud’s phenomenon is probably an underestimated drug event.”  Not great to hear, but certainly good to see the research community giving Raynaud’s some attention.

Here are links to both articles:

Raynaud’s disease likely underestimated as a drug side effect

Which Drugs Are More Likely to Induce Raynaud’s Phenomenon?

Hi, I did not know what I had until I found this site. I have both rosasea and Raynauds and it is affecting my life…Thank you so much. by K.R. (Ontario)

I am thrilled to find this organization. I have suffered with Raynaud’s for probably 20 years and just dealt with it. Thank you for existing. by S.W. (CA)

I Am Thrilled to Find This Organization

Incredibly helpful and useful resource for an underfunded cause.  So many sufferers and even more who remain undiagnosed. Thanks. by Anonymous

Raynaud’s Association is by far the best source of information.  Great job on the guide! by J. W. (Facebook Fan)

Raynaud's Association is By Far the Best Source of Information

Thanks again for your site’s useful research and presence! by K.W. (MD)

Thanks for the Useful Research!

After years of issues, this group has been essential not only for providing helpful information, but also for support from others who suffer from Raynaud’s. by Anonymous

…relieved to know what it is…comforted to know there are other folks that have this condition…nice to have a place to share what works for us. by J.J. (VA)

Everyone with Raynaud’s should Like and follow the Raynaud’s Association, it’s the best source for information, both from the association itself and fellow followers. by J.W. (Facebook Fan)

Raynaud's Association is the Best Source of Information