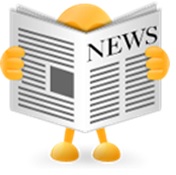 This was the second year we promoted October as Raynaud’s Awareness Month, and we’re happy to report the word is getting out to a wide audience.  Here’s a summary of some of the press and media activity:

In addition to the national distribution of our Raynaud’s Awareness Month press release with PR Newswire to 4,400 web sites and publications, we included mailing lists of hundreds of journalists representing rheumatology and women’s magazines that specifically requested news in our category.  Our new public service announcement, along with links to our web site accompanied the release.

While only a limited portion of coverage can be tracked back to the release, PR Newswire did supply the following statistics:

Traffic on our web site is up 24% from last October’s  event (which was also a significant increase above pre-RAM audience levels), so the exposure is surely helping to get the word out!

Our new public service announcements were released this fall to coincide with Raynaud’s Awareness Month and are generating significant exposure of our message. Since their release in September, they have achieved over 6 million impressions and generated over $1.5 million in donated media support– including 2,976 airings by the CNN Airport Network in all of the major Northeast markets.

Our founder and chairman Lynn Wunderman was interviewed on October 17th on the IHeart Radio show for women, Fearless Fabulous You!

The host Melanie Young is a fellow Frostie, and it was a good opportunity to discuss Raynaud’s symptoms, the issues associated with being properly diagnosed, along with coping strategies for Raynaud’s sufferers.

The interview is available at on the Fearless Fabulous You! website.

Consumer Reports published an article in October titled “Coping with Cold Hands and Feet: If your extremities feel frozen even when it’s not so cold outside, it might be Raynaud’s disease.  The feature also referenced an earlier article published on Raynaud’s in January of 2010.

The author Sari Harrar covers symptoms of Raynaud’s, primary vs. secondary classifications, along with lifestyle and medical treatment options.

One thing the article includes that is not often covered by many sources are the potential causal factors associated with Raynaud’s beyond the incidence of one or more autoimmune diseases, such as: occupational factors (e.g. use of vibrating tools and equipment), exposure to toxic chemicals, and drug-induced causes – including cancer treatment drugs, medications used to treat migraines, beta blockers, plus over-the-counter decongestants which can constrict blood vessels and aggravate Raynaud’s symptoms.

The article directs those with severe symptoms to consult with a rheumatologist and stresses the urgency of medical treatment if a sufferer is experiencing digital ulcers.

Overall, a good resource on Raynaud’s, and great that the condition is receiving attention from such a well-respected national publication!

Given the widespread distribution of our press release, we hope that it generated mentions by several local news organizations.  Here are two we found through Google News Alerts:

We’re glad to see the above coverage and support for Raynaud’s, but there’s still much work to be done in reaching the large number of sufferers who aren’t aware that their pain and discomfort has a medical explanation.

Please do your part to help us get the word out.  We offer Raynaud’s Information Cards and our guide The Cold Facts on Raynaud’s as educational resources, and hope you’ll find them helpful in explaining Raynaud’s to friends, family and associates.